Abstract
The immune response of the adipose tissue (AT) has been neglected in most animal models until recently, when the observations made in human and mice linking obesity to chronic inflammation and diabetes highlighted an important immune component of this tissue. In the current study, we have immunologically characterized the AT for the first time in teleosts. We have analyzed the capacity of rainbow trout (Oncorhynchus mykiss) AT to produce different immune mediators and we have identified the presence of local populations of B lymphocytes expressing IgM, IgD or IgT, CD8α+ cells and cells expressing major histocompatibility complex II (MHC-II). Because trout AT retained antigens from the peritoneal cavity, we analyzed the effects of intraperitoneal infection with viral hemorrhagic septicemia virus (VHSV) on AT functionality. A wide range of secreted immune factors were modulated within the AT in response to VHSV. Furthermore, the viral infection provoked a significant decrease in the number of IgM+ cells which, along with an increased secretion of IgM in the tissue, suggested a differentiation of B cells into plasmablasts. The virus also increased the number of CD8α+ cells in the AT. Finally, when a fat-enriched diet was fed to the fish, a significant modulation of immune gene expression in the AT was also observed. Thus, we have demonstrated for the first time in teleost that the AT functions as a relevant immune tissue; responsive to peritoneal viral infections and that this immune response can be modulated by the fat-content in the diet. 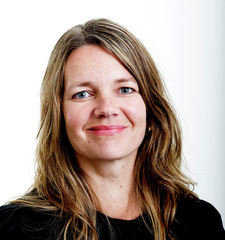