A driving force for healthier, stronger fish and shrimp 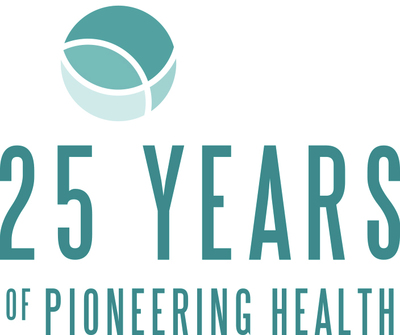 In 1992, Skretting became the first fish feed company in the world to launch a health diet for fish. Twenty-five years on, its health feeds team with a portfolio of groundbreaking products is making a crucial contribution to the economic viability and sustainability of fish and shrimp farming.

Skretting first set off on the unchartered journey to explore health-enhancing aquaculture feeds at the start of the 1990s as the company set about investigating whether solutions that prevent challenges in salmonid farming systems could provide viable alternatives to traditional medicine-based treatments. Crucially, it was at that time that Skretting first began to learn that the use of specific natural substances could result in stronger, more robust animals that were better equipped to deal with diseases.

Highly-refined beta-glucans were the novel ingredient to be made available to the market and discussions were held with leading scientists in the field regarding their application.

“We saw that salmon were being exposed to a number of challenges, and we felt that if we could stimulate the immune defences before the main risk period, then we could provide much-needed support to those fish. The trials gave some good results; good enough that we decided to introduce a new anti-stress product, Respons,” says Viggo Halseth, Chief Innovation Officer at Nutreco, who held the role of Marketing Manager at Skretting 25 years ago.

Very soon after, the diet accounted for around 13 percent of Skretting Norway’s sales, where it was first introduced, and that was the case for the next few years, which was very high since the recommended use was for just two out of eight weeks. Indeed, Response had caught the industry’s attention and by 1996/97 Skretting was receiving many enquiries from beyond Norwegian shores. Overseas implementation began with Ireland and the UK, before a much broader geographical rollout.

For some years, beta-glucans were the core focus of Skretting’s health feeds, but in 2004 the decision was taken within the Skretting Aquaculture Research Centre (ARC) to establish a health department to see what could be achieved in terms of strengthening preventative health through feeding and diets. The recruitment of additional researchers enabled a number of projects to get underway.

Three years later, the industry leading health diet Protec was launched to help support against challenges in the four key areas – skin, gills, gut and immune system. In 2013, Protec was comprehensively upgraded to deliver support for viral challenges, providing the building blocks for stronger skin and optimising the balance between fish, microbes and environment.

Thanks in part to the knowledge gained in developing new generation Protec, in 2016 Skretting launched Lorica – a shrimp health diet that supports the functioning of the immune system and helps protect the animals against hostile threats, including Vibrio bacteria, which are widely present in many aquaculture environments and have been directly responsible for a number of major mortality events.

Today, Skretting’s portfolio of health diets contains a wide range of functional ingredients that work in synergy to enhance the animals’ ability to cope with stressful situations such as disease, handling, transport and vaccinations. Individually, these ingredients have some benefits, but crucially what Skretting continues to evidence is that specific combinations provide synergistic benefits where the whole is greater than the sum of its parts, thereby providing greater holistic protection for the animals.

“That is the science behind these products,” says Truls Dahl, Global Product Group Manager Health at Skretting. “To ensure the best outcomes, we find the best combination of ingredients as well as the ideal dosage. In these diets, we have established, with full documentation of the processes, the optimal mixture formulation and created a form in which it can be delivered directly to the species for which it has been developed. And because we are a feed company, we produce complete feeds that are tried, tested and ready for use.”

For example, the first generation of Protec gave very positive support with regards to viruses through enhancing the immune system. The improved immune defence was particularly demonstrated in its contribution to helping control pancreas disease (PD), but benefits were also observed with the support given against other viral diseases, such as infectious salmon anaemia (ISA). Latest generation Protec, meanwhile, contains new functional ingredients that directly target viruses at the same time as the diet strengthens the fish’s immune system to help it cope better with challenges. It also strengthens the skin’s natural defences and enhances its healing capacity.

Multiple innovative methodologies including quantitative histology and plasma biotechnology have been developed and optimised by Skretting ARC. These have advanced Skretting’s understanding of the way different ingredients interact, thereby providing the platform for current and future innovations. The progression of its health feeds have also greatly benefited from the expertise and R&D work undertaken by colleagues in parent company Nutreco’s animal nutrition business, Trouw Nutrition, which has five major research centres, as well as through some very important external collaborations with key universities and scientific partners. There are presently more than 50 active collaborations with external partners at present.

“It’s a very valuable pipeline for us and so it is an area that we are building up. We are an innovative company so being engaged with R&D partners is crucial, not just for us but also to improve the value proposition for our customers,” says Charles McGurk, Manager of Fish Health at Skretting ARC.

“We take our research priorities from the business. All of the projects we have are within the framework of our project portfolio and the issues facing the industry – a strategy that closely steers the directions that we take. We really thrive from those stakeholder interactions,” says McGurk.

Protec Gill, a diet expressly developed to support salmonids’ gill health and recovery during disease, environmental and treatment challenges, is among the most recent innovations to come out of this strategy. And Skretting’s recommendation for all proven functional feed solutions is the same: That they should be included proactively – before there is a challenge that will affect the condition of the stocks – as part of a structured approach to best management practices and an integrated health programme, because they work best alongside strategies such as vaccination, disease monitoring and the control of environmental parameters.

While current challenges are being met head-on, the industry is constantly moving and encountering new obstacles, which is certain to lead to shifts in Skretting’s R&D focus. A growing cause for concern, for instance, is the amount of handling that farmed fish undergo, whether for vaccination or treatment for parasites. These are all potential sources of stress that can affect the feeding days and in turn impact the production cycle and even cause mortality.

At the same time, the scale and impact of shrimp diseases is a growing key focus for Skretting and an area in which its first shrimp health diet, Lorica, is already having a positive effect. Similarly, the Protec diet launched for tilapia last year has come from considerable ongoing R&D looking at the key diseases impacting the species’ production.

“We are making specific feeds for more than 60 different aquaculture species. We have a strong core experience with those 25 years with salmon and marine fish species and in recent years we have been using that knowledge, competence and technologies to make some really exciting breakthroughs in other areas, most recently shrimp,” says McGurk. “There is still a lot of work to validate and be really confident in every solution, but we have established crucial starting points that give us direction.”

Skretting’s future research work will, however, continue to follow the preventative path and what can be done to help fish or shrimp not get sick in the first place, and if these animals’ health is compromised then how can the severity of the challenge be reduced. Aligned with this, is an increased focus on clinical nutrition and what fish and shrimp should be fed that are suffering from stressful situations.

Furthermore, because timing is critical when it comes to health-related issues, Skretting wants to explore the development of rapid diagnostic tools that can give immediate diagnoses relating to the health status at farm sites.

“From the very beginning, we believed that feed had to be part of the solution. There are no quick fixes, no miracle solutions. You need to have a holistic approach where you try to put a focus on all different aspects of best-practice: Of course, vaccines are one aspect, health and diet is another, there is also biosecurity and having the right medicines to treat specific diseases. But there is a clear fundamental need to develop specific health diets and that need very clearly comes from the market,” says Alex Obach, Managing Director at Skretting ARC.

A selection of innovations from 25 years of health feed development