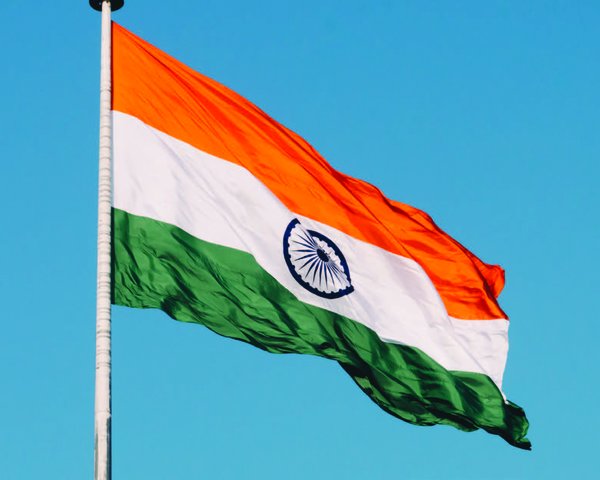 GROWING AN EXISTING LEADER WITH A LOCAL PARTNER

India has already established itself as the world’s leading shrimp exporter, and the country is also home to an ambitious fish farming sector. To help the country maintain its aquaculture production growth rates in a sustainable manner, in June 2018, Skretting formed a joint-venture with local partner West Coast Group. Mumbai-based West Coast is an integrated aquaculture enterprise, operating on the Gulf of Cambay. It is the country’s eighth largest exporter of shrimp and a leading domestic processor/distributor of frozen seafood and other food products.

The joint-venture was the ideal, win-win action for both parties: West Coast wanted to partner locally with an international aquafeed producer to take its aquaculture production to the next level; while Skretting was seeking to secure a firm foothold in India’s aquaculture market. The move was also in line with Skretting’s strategy to continue its expansion into nutritional solutions for warmwater aquaculture species. The joint-venture is being managed by Skretting India’s General Manager Puneet Pokhriyal. 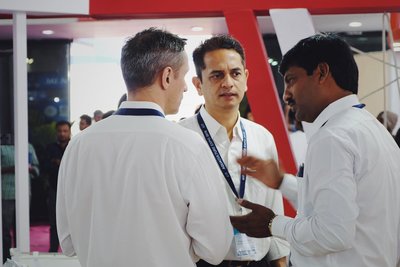 “India’s shrimp production has grown so rapidly over such a short period of time that some producers have been setting up their own feed plants. This was not a direction that West Coast wanted to take; it felt that the competency and technological know-how required to expand production properly required a feed partner with a proven track record. For Skretting, having access to West Coast’s customer base of more than 800 farmers, and some relationships that already go back 20 years, meant it had a strong platform from which to grow market share,” says Pokhriyal.

Establishing local partnerships and then developing those operations while supporting local producers is a tried and tested strategy for Skretting, with a steady stream of success stories spanning Africa, Asia and Latin America.

“At the same time, tilapia has been identified as having a lot of potential for India, and West Coast plans to be India’s largest producer of this species. Again, Skretting has built a comprehensive global product range for warmwater marine fish species, including tilapia. This means that it already has a great deal to offer the partnership and the broader marine fish sector moving forward,” says Pokhriyal.

At the heart of the joint-venture is a new state-of-the-art feed production facility. This plant, currently being constructed in Surat, Gujarat State, will open in the first-quarter of 2020, supplying products and support to aquaculture farms along the west coast. The location will provide access to approximately 10% of the country’s current shrimp production and 8% of its total inland fish farming output. It is also the region with the most future growth potential.

Initially, the plant will have a feed production capacity of 50,000 tonnes, comprising 35,000 tonnes of shrimp diets and 15,000 tonnes of fish feeds. There are already further expansion phases planned that will raise the longer-term production to 120,000 tonnes per annum in two phases. In the meantime, until the facility is operational, Skretting is supplying feeds into the region from outside India.

To work with the local industry to introduce its products and knowledge to the region, a local sales and services team will be created in the early part of 2019. “Indian aquaculture is a fast-growing and dynamic market, and there is a big opportunity to optimise farmers’ production systems. Through the global presence of Skretting and the R&D work conducted by the Skretting Aquaculture Research Centre (ARC), we can offer a lot of competitive advantages in terms of the feeds that we supply and the knowledge of the nutritional needs of shrimp and fish that we will share. These are very exciting times for the industry,” says Pokhriyal. 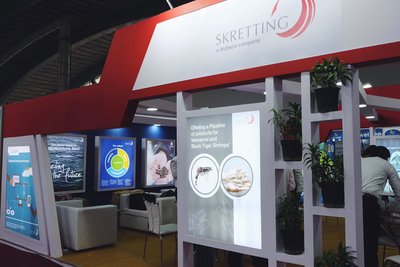 Meet us at the AquaCulture Expo in Surat

From 10-11 January, Skretting is attending the Aquaculture Expo in Surat, India.
The main objective of the Expo is to increase awareness among aquaculture farmers
on shrimp and fish culture, and the various products, technology and services available
to get better yield and results in aquaculture.

Come to meet us at our stand near the main entrance to the exhibition hall!