Salmon is safe and healthy food

Farmed salmon given a clean bill of health

Almost all salmon eaten in Norway – or in the rest of the world for that matter – is farmed salmon. Since the outset 40 years ago, Norway has become the largest salmon producer in the world, with an annual export equivalent to 14 million portions – every day! This has also led to the product coming under scrutiny in the Norwegian and international press. In 2014, several health experts also recommended that pregnant women, children and adolescents should avoid eating farmed salmon and other fatty fish. There is no reason for this, according to Ingvild Eide Graff Research Director at NIFES (the National Institute of Nutrition and Seafood Research).  Eide Graff underlines that like other food products, farmed fish contains nutrients and undesirable substances that have an impact on our health. “All food contains small quantities of undesirable substances, but fish such as salmon, herring, mackerel and cod are just as safe as other food – and in some cases even healthier,”  says Eide Graff. 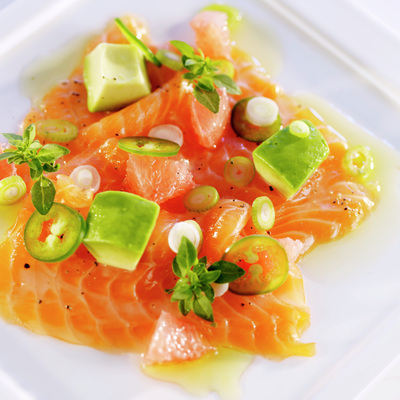 Each year, the Norwegian Food Safety Authority takes around 12,000 fish from Norwegian fish farms to be analysed by NIFES for a large number of undesirable and banned substances. The institute has established four modern laboratories and is a national reference laboratory for a number of analysis methods.

“Since monitoring of farmed salmon began around 12 years ago, no banned substances have been found in farmed salmon. The level of undesirable substances, such as dioxin and dioxin-like PCB has also never been anywhere near the EU’s safe limits. The level of dioxins has been more than halved since 2006, and is now around half of the levels in wild salmon and other fatty fish, such as herring and mackerel. In all these cases, the measurements have been far below the safe levels,” Eide Graff says. The same applies to traces of medicines, other organic environmental pollutants and heavy metals.

“How many other food products can boast the same result,” Eide Graff asks.

“As a laboratory, we must meet stringent requirements. All figures are also readily available on our website. There should also be the same level of transparency for all food products,” Eide Graff says.

Drastic reduction in the use of antibiotics

Eide Graff has also registered that the myth relating to the use of antibiotics in farmed fish is still very much alive among some of the population.

“Use of antibiotics in the aquaculture industry has been reduced to 1/50 of the consumption in 1987. The reason for this, among other things, is that each fish is now vaccinated, which means less illness, just the same as among vaccinated human beings. Today’s feed also produces more robust fish. With regards to food production on the whole, Norway, together with Iceland and Sweden are best in class at restricting the use of antibiotics,” Eide Graff says.

According to the pharmaceutical statistics from the Institute of Public Health, less than one per cent of the fish are treated with antibiotics on an annual basis. Today, humans are definitely the largest consumers of medicines. In one year, the aquaculture industry consumes less than one ton of antibiotics.

Before the end of last year, the Norwegian Scientific Committee for Food Safety (VKM) concluded that “the benefits of eating fish clearly outweigh the insignificant risk that today’s levels of environmental pollutants and other know foreign substances in fish represent.” This conclusion is based, among other things, on figures from NIFES, and also applies to women of childbearing age, pregnant women, breastfeeding mothers and children.

“Salmon and other seafood contain nutrients that not many other food products have. Salmon is a great source of protein, and is still a very good source of marine omega-3. One portion of farmed salmon meets a person’s marine omega-3 requirement for five days,” Eide Graff points out.

Born with fish in their blood

NIFES has also conducted research on the impact marine omega-3 has on the mother and child. The research shows that a high level of marine omega-3 fatty acids in the blood during the latter part of pregnancy can reduce the risk of symptoms of post-natal depression in mothers. In this work, NIFES followed 100 mothers and their babies from pregnancy until the child’s first birthday. As recently as in March, NIFES researcher Maria Wik Markhus presented her doctoral thesis on “Seafood ­consumption, mental health and infant ­development. A longitudinal observational study from Norway” at the University of ­Bergen.

“The thesis showed that a low level of marine omega-3 in the blood of the mothers during pregnancy correlated with a higher level of post-natal depression problems. None of the participants in the study were clinically depressed, but a few were at risk of developing post-natal depression,” Eide Graff explains.

The research findings also indicate that there may be a correlation between marine omega-3-intake during pregnancy and the child’s ability as a problem-solver. 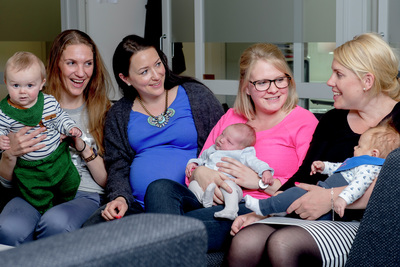 “Iodine deficiency is the most important cause of preventable brain damage. Seafood is a good source of iodine,” Eide Graff explains.

Food safety authorities in Europe, the US and Norway believe that many pregnant women do not eat enough seafood.

“This is a worrying statistic. Many people, especially pregnant women, should increase their intake of seafood. We have such good documentation over so many years that I am very comfortable in saying that Norwegian salmon is safe and healthy,” Eide Graff concludes. 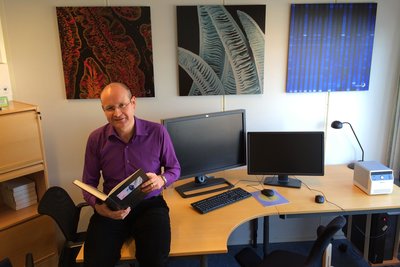 The World Health Organisation (WHO) cites antimicrobial resistance (AMR) as an increasingly serious threat to global public health. With the knowledge that the overuse of antibiotics in animal production contributes to AMR, Skretting advocates for a substantial reduction in farming’s reliance on antimicrobial drugs.

Working together to combat the use of antibiotics in aquaculture

The Chilean salmon industry has long been criticised for its extensive use of antibiotics. Skretting initiated the Pincoy Project in 2016 to bring together industry partners from various stages in the Chilean salmon production chain to find a holistic solution. 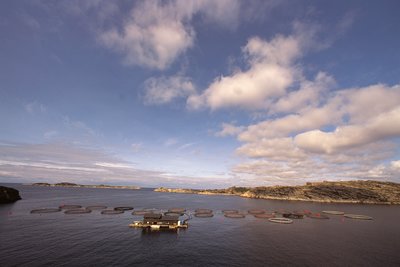 Skretting focuses on reducing energy use, carbon dioxide (CO2)emissions, waste and water use across our operations globally. 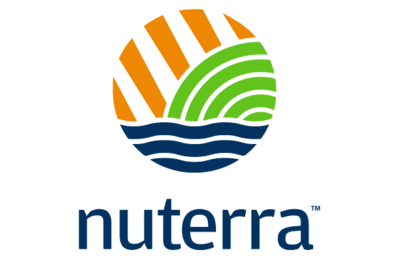 Read about how Skretting's Nuterra programme is designed to live up to our responsibilities and ambitions over a period of several years as we work to fulfil our mission of “Feeding the Future”. It's not just what we aspire to do, it's what we do.